Consumer Protection: There Ain't None

The Philippines may have laws on their books about consumer rights, and laws forbidding fraudulent business practices; if so, they are enforced with the same rigor as traffic laws. Meaning, not at all.

Every expat here can tell a horror stories about such things as being cheated or lied to or trying to get a refund for a defective product. I have several, but here's my favorite.

Shortly after I got here, I bought a SmartBro. It’s a USB modem that provides a wifi connection to the internet. When I bought it (it cost about 3600 pesos -- $90), I was told it would provide connections of up to five megabytes per second, for which I would be paying 50 pesos per day. 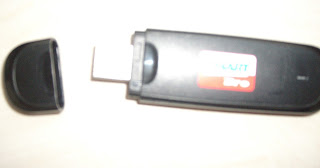 Being a newbie and naive, I assumed "up to five megabytes per second" meant that I would occasionally get something close to five megs, and probably get two or three megs the rest of the time. While not great, that would be sufficient for most purposes.

When I complained to Smart, the sales guy pointed to the 'up to' on the sign; when I said that that was very misleading, considering that I generally got about 1/10th that speed, he just shrugged. It was an eloquent shrug, saying more clearly than words ever could, "So what? We didn't lie."

In the US, what would happen to a company that did something like this? In most Western countries there are laws forbidding 'false or misleading advertising' and making claims of 'up to' a given speed could only be legally done if that speed is actually attained with some regularity by a substantial portion of users, and if speeds reasonably close to the claimed speed could be attained by the rest. Otherwise, while the claim is not false, the company would be misleading customers as to what the customers could reasonably expect.

After receiving a bunch of complaints, the Attorney General of some state would file a consumer fraud suit against the company, a bunch of other states would join in, and pretty quickly the company would be forced to pay a huge settlement to the customers it had defrauded. AGs love to file this kind of suit, since it’s great publicity, and most of them are planning to run for governor.

I have no idea what the laws say here, but it appears that, as enforced, advertisers can mislead all they want. I’m not sure about outright lies.

SmartBro is a product of Smart Communications, the cellular arm of PLDT, the biggest phone company in the country. The chairman of PLDT is Manny Pangilinan, whose nephew is a senator closely tied to the Aquino administration, so any government action for anything they do is unlikely at best.
Posted by Bob Houk at 2:12 AM