The Showbiz/Politics Connection in the Philippines

Being famous is always helpful in launching a political career, going back to the days of Congressman Davy Crockett, so it’s not surprising that actors and other celebrities gain office in many countries (Ronald Reagan leaping first to mind).

But I don’t think any country can come close to the Philippines, where half of the current Senate has significant showbiz/media connections, and a third have been actors or broadcasting personalities.

Eight of the twenty-four senators have been actors or hosts of broadcast shows:


Another four senators have strong connections to the TV/movie industry: 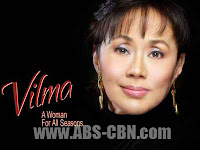 It bothers me that I see the politics/media/Hollywood relationship growing, with children of politicians frequently entering the media as a career, among other manifestations. I don't think politics-as-a-branch-of-showbiz has been healthy for the Philippines, and I doubt it will be any more so for the US.
Posted by Bob Houk at 3:35 AM