Last week I attended a wedding in Zamboanga City – my niece Jossah Serrano married a very nice young man named Boone Dulla. Congratulations to them both.

My stay in Zambo lasted several days and it will probably take me just as long to get the pictures posted on Facebook and described here. So this is the first of several, and I’ll start with the wedding pics.

There were several flower girls, who were adorable. Here are a couple of them: 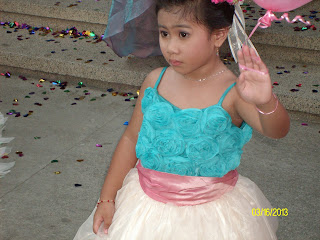 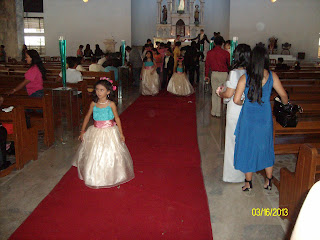 Throughout the wedding ceremony and Mass, the flower girls were wandering randomly around the church and outside.

The maid of honor. 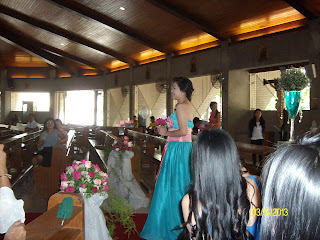 Here are part of the wedding party (I think it's all Jossah's family). You’ll note that the groom is significantly taller than everybody else – he is one-fourth American, his grandfather being a WW2 GI who was in the liberation landings. 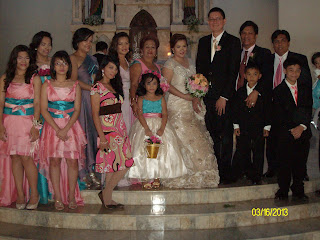 There were several photographers present. While the post-wedding pics were being shot, the wedding coordinator made an announcement that free-lance photogs were present because they cannot be excluded, and that attendees were free to buy pics from the free-lancers, though there was also an official photographer.

This was something new to me. I wondered if free-lancers just hang out outside upscale churches on Saturday hoping to get lucky. Here’s one of them selling his pics in the back of the church. 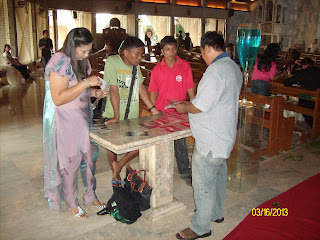 The bridesmaids waiting outside the church for the newlyweds. I never miss a chance to take pics of pretty girls. 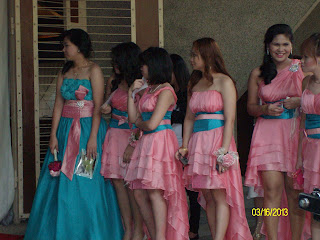 And, finally, Jossah and Boone. 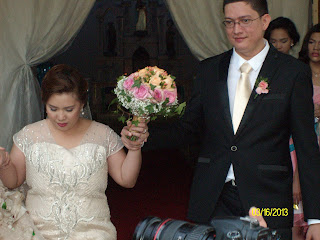 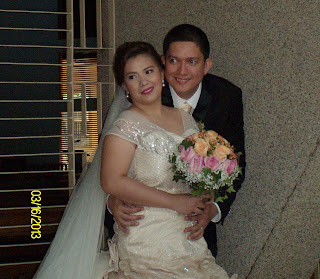 Coming soon: The Reception.
Posted by Bob Houk at 4:33 AM