Sepp Blatter is the buffoon who runs FIFA (after the revolution, we have a position lined up for him selling peanuts at the stadium -- a much better fit for his talents).

One of Sepp's ideas is that MLS should have a winter season to match Europe's. I hope he was watching today's USA-Costa Rica game. 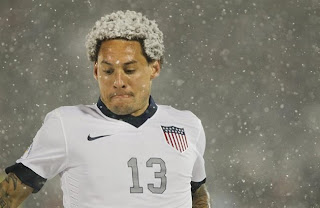 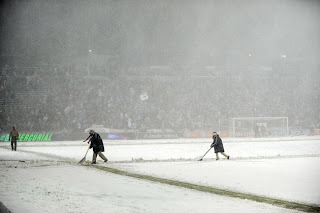 The referee considered stopping the game early in the second half -- games would have to be stopped often in a winter league.