An Ecuadorian Comes to Chicago 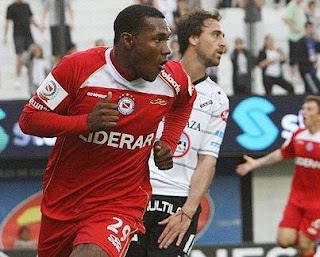 My hometown team, the Chicago Fire, has signed a new player from Ecuador, Juan Luis Anangonó. He has recently finished a season playing in the Argentinian league, and had previously played with two of Ecuador’s top teams, Barcelona and El Nacional. He also recently made his first appearance on Ecuador’s national team in a World Cup qualifying match against Argentina.

Ecuador is doing well, currently running third in Conmebol (the South American confederation), and seems likely to qualify. Anangonó says that he checked the move to MLS with the national team coaches, because he's hoping to enhance his chances with the team -- with the World Cup obviously top of mind.

The Fire have not had a lot of success lately with their designated foreign players, ever since Cuauhtémoc Blanco left. I hope this guy will work out better than the rest.
Posted by Bob Houk at 9:00 AM