Never heard of her? Neither had I, before today – she is the new Justice Minister for Israel, and I

herewith nominate her as the world's best-looking far-right Justice Minister (not a category in which there is a lot of competition, I admit).

This is from an article in Foreign Policy titled 'The New Face of Israel's Hard Right':


Her rapid ascent to the highest reaches of the Israeli political system hit a new peak Wednesday … when the 39-year-old computer engineer and mother of two was given control of Israel’s Justice Ministry. Shaked got the post as part of a desperate last-minute deal that saved Netanyahu from a looming deadline …

There are always contrarian opinions, of course. 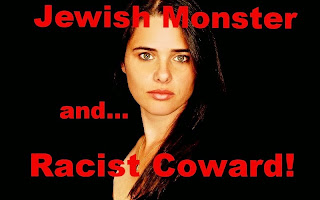