Things Have Changed a Bit in Eighty Years 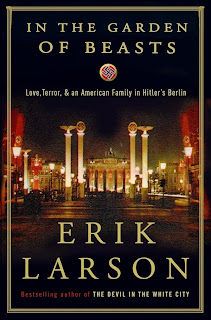 When someone is appointed to a significant post in the US government -- something, we'll say, at the cabinet level or even a cabinet member's top assistant, or ambassador to a major country -- it is to be anticipated that there will be hearings by the appropriate committee of the Senate during which he or she will be questioned. In some cases the questioning may get rather tough, in other cases not, but certainly such candidates will be called in and expected to defend their qualifications and past job performance, and to give an idea of what they intend to do in their new position.

Currently I am reading a book called In the Garden of Beasts, about William Dodd, he first US Ambassador to Germany during the Nazi era, appointed in June 1933. About the appointment, the author, Erik Larson, writes:


... Dodd called the White House and informed Roosevelt’s secretary that he would accept the job. Two days later Roosevelt placed Dodd’s appointment before the Senate, which confirmed him that day, requiring neither Dodd’s presence nor the kind of interminable hearing that one day would become commonplace for key nominations.

The book is quite good thus far, by the way. I read Larson's The Devil in the White City a few years ago, and enjoyed it as well.
Posted by Bob Houk at 10:05 AM