Thank You, Phoenix, for the Math Help 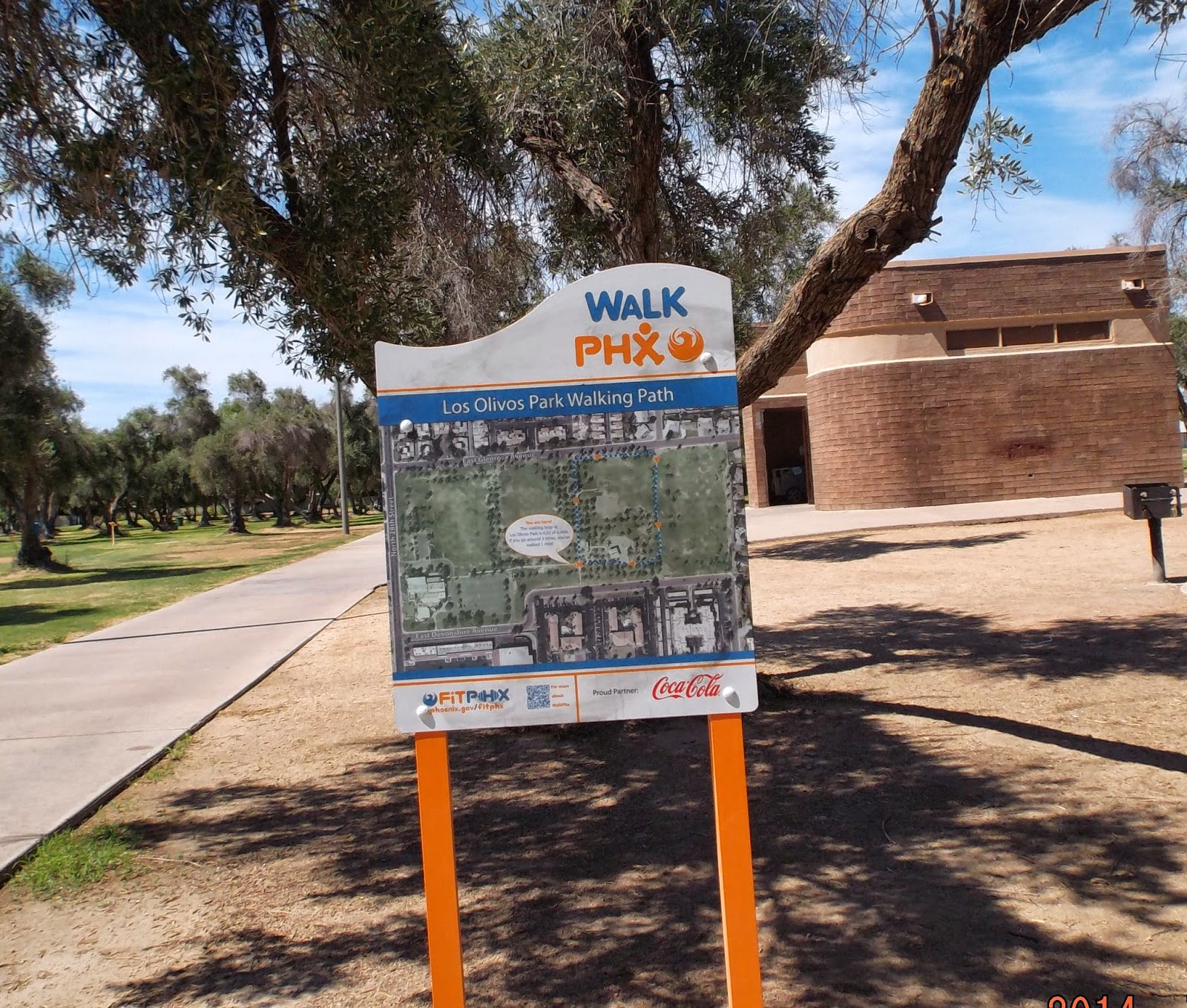 Near my sister's place (where I'm living temporarily) is a small city park called Los Olivos (I think this area was once an olive grove before being developed). I often go to the park to walk, run, or do a light workout, as do a fair number of others.

It's a nice park with a pleasant family environment.

There is a sidewalk looping through the central part of the park with markers indicating distances. There's a sign near the starting point (shown at right) with a map of the park and the following helpful information (I've enlarged the central portion of the sign below). 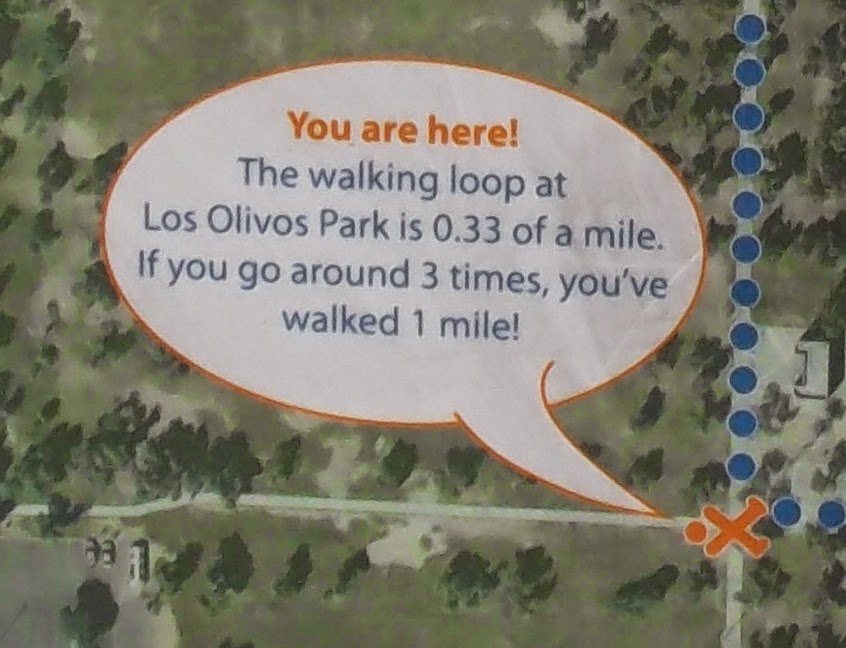 How very kind it is of the City Parks Department to help us with calculating that 3 x 1/3 = 1.

This leaves us wondering, however, whether the people of Phoenix are really that dumb. Or perhaps the problem is with the folks at the Parks Department who think higher-order math of this sort requires explanation (did they bring in consultants to help them with it?)

Don't get me started on the exclamation points.
Posted by Bob Houk at 10:32 PM