I think I may make this a regular feature. As I mentioned in a previous post about Gwyneth Paltrow announcing that she and her husband were getting a divorce undertaking a 'conscious uncoupling', I love really good bullshit.

That may be because I'm interested in politics and government, which could not exist without BS (where else would we get such gems as 'enhanced interrogation' for torture, 'police action' for war, or 'undocumented persons' for illegal aliens).

I should point out that I could have titled this something like “Great Euphemisms”, but I don't think euphemism is the right word for this sort of thing. To me a euphemism is saying “I need to go to the bathroom” when I mean “I need to piss.” The sort of thing I'm discussing takes the practice to a higher level, at which point 'euphemism' itself becomes a euphemism for bullshit. 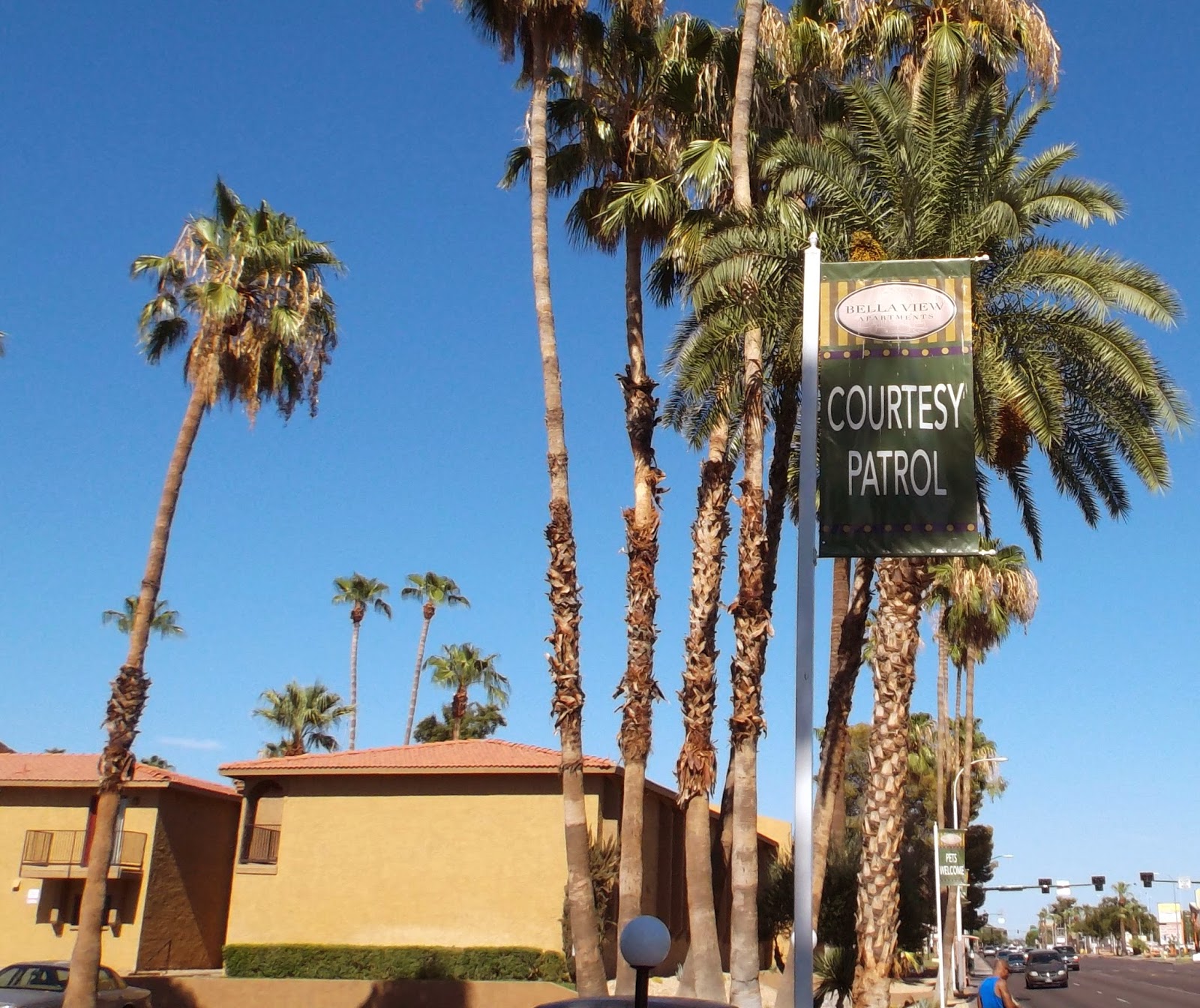 OK, that was a long lead-in to a short item. I was out walking today and passed an apartment complex on Indian School Road (aside: I wonder when they'll rename it 'Native American Road'). The apartment management had put out banners advertising various features of their apartments, such as WiFi.


And then there was this one. I guess the marketing folks decided that advertising their security guards might cause potential tenants to think, “Why do they need guards? There must be a lot of security problems.” So therefore, the complex doesn't have guards, it has a 'Courtesy Patrol'.
Posted by Bob Houk at 7:33 PM

Email ThisBlogThis!Share to TwitterShare to FacebookShare to Pinterest
Labels: Words