I'm Betting That the Senate Will Flip

Chris Cillizza, in the Washington Post, has a good article making the point (as others have also done) that the 2014 election is looking a lot like 2006, with the parties reversed.

The most interesting part, to me, was this graph, which shows Republican Senate candidates' vote shares, compared to President Bush's approval rating in each state. 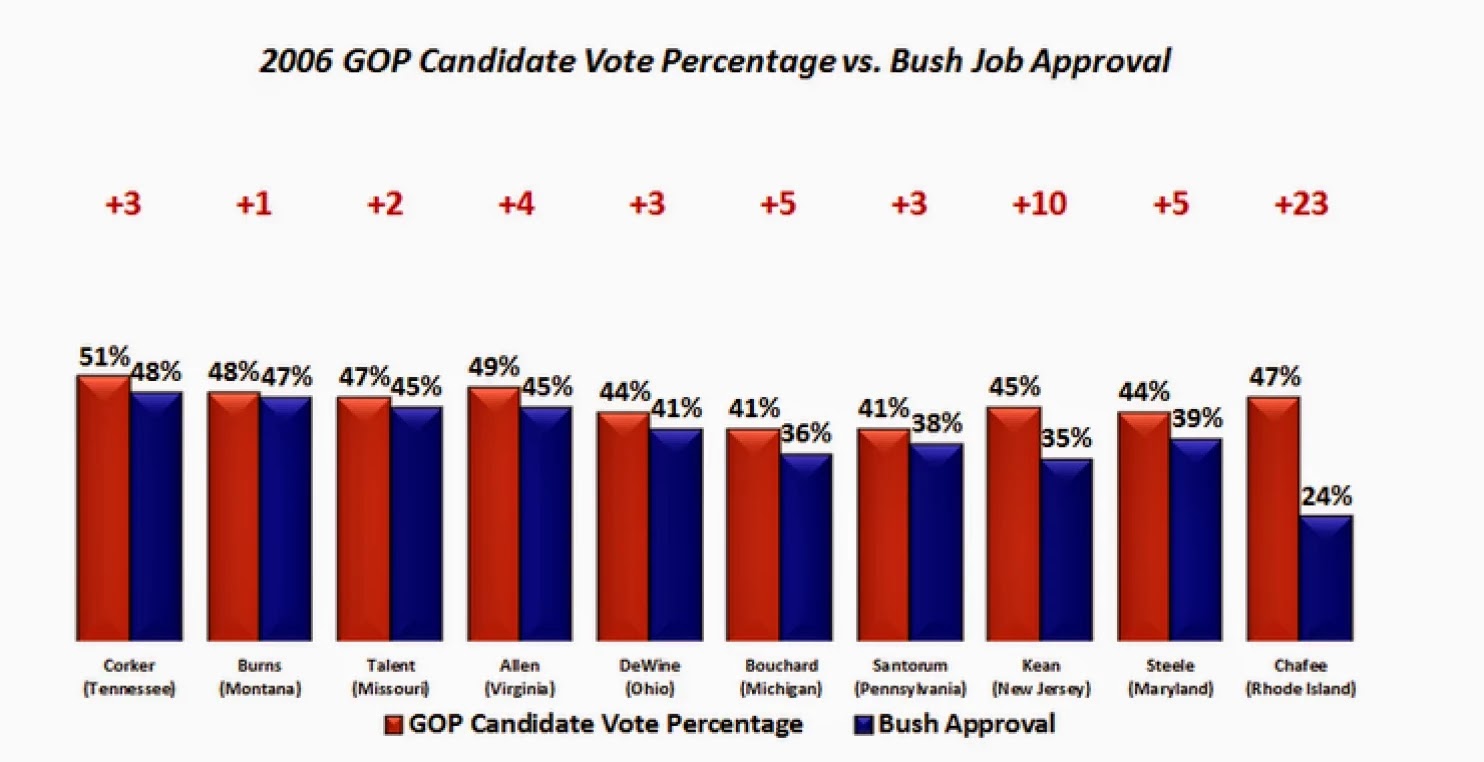 Almost all the Senate candidates failed to get any more than just a few points above Bush's rating.

At the time, I was wondering just how bad President Obama's approval ratings are on a state-by-state basis, with emphasis of course on the states where there are tight Senate races. Ask and I shall receive, apparently -- tonight there is just such a poll, and the news for Democrats is very, very bad.

If all these states go to the Republicans, then the Senate would switch from 55-45 Democrat to 55-45 Republican. That won't happen, of course -- at least one or two Democrats, and maybe more, will manage to escape the Obama Effect.

But things are looking pretty grim for the Democrats.
Posted by Bob Houk at 12:15 AM