I was a little surprised to find Goose Island beer for sale at a convenience store in Show Low, Arizona. (Or maybe it was Pinetop -- anyway, it was somewhere where they read the White Mountain Independent). 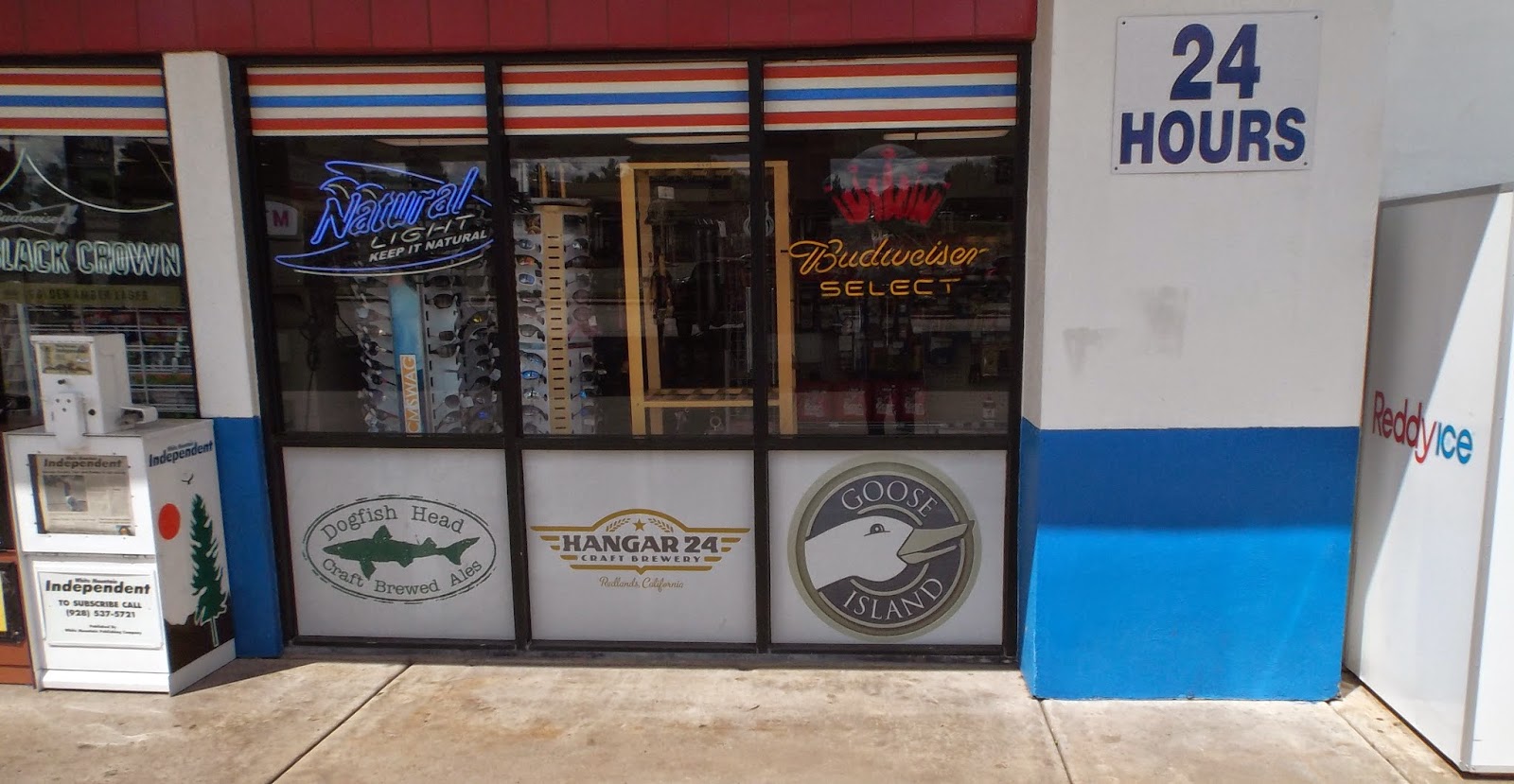 I have fond memories of Goose Island (the island, not the beer). My office, for almost ten years, was at the south end of the Halsted Street bridge, with the island at the north end. I would usually cross the bridge for lunch, because there was a greasy spoon diner at a Greyhound maintenance depot just at the end of the bridge. Great cheeseburger/fries and nice folks. Since we were next to the notorious Cabrini Green projects, there weren't a lot of high-end dining choices.

The Goose Island Brewery was very trendy at the time. My daughter tells me it has been bought by Anheuser-Busch, which explains why it has wider distribution; she adds that it has also lost much of its cachet.
Posted by Bob Houk at 6:30 PM