If you hang out on expat forums, as I do, you will come across a lot of nice people. I frequent these forums because they're often an entertaining waste of time, but also because they can be helpful. If you want to know which store in Quito carries American peanut butter (answer: apparently none), there's no better place to find out.

As I said, most of the folks are both normal and pleasant. However, both here in Ecuador and in my former place of exile, the Philippines, I have noted that there seems to be an unusually high proportion of conspiracy buffs in the expat communities. After a bit of thought, I concluded that this isn't particularly surprising since expats are not a random cross-section of their home countries – obviously, people who choose to leave their country differ from those who choose to stay put, and one of those ways might be a tendency to believe that they are out to get us.

Who 'they' are is not always clear. The conspiracies seem to emanate from both the left and right of the US political spectrum, with a fair number of the believers having political leanings that are rather inscrutable.

Some of the theories are very entertaining. My favorite is that the government is trying to trigger a humungous earthquake on the New Madrid Fault in order to create a big inland sea where the Mississippi River currently resides. Why this is being done is unclear, but apparently the Illuminati is involved. Here's a video about it on YouTube, which tells us that it's being done through fracking. 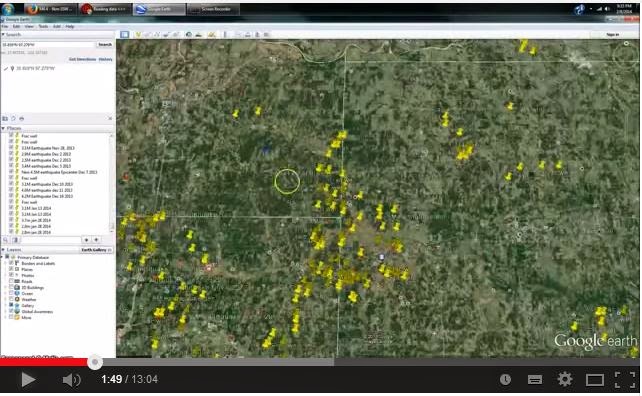 Others say the plan involves HAARP, which is a popular source of conspiracy theories according to Wikipedia.
Posted by Bob Houk at 4:09 PM

Email ThisBlogThis!Share to TwitterShare to FacebookShare to Pinterest
Labels: Conspiracies